Home / A Lesson In Tenacity: The First $200 Billion Entrepreneur And How Ecommerce Is (Still) Small In 2022 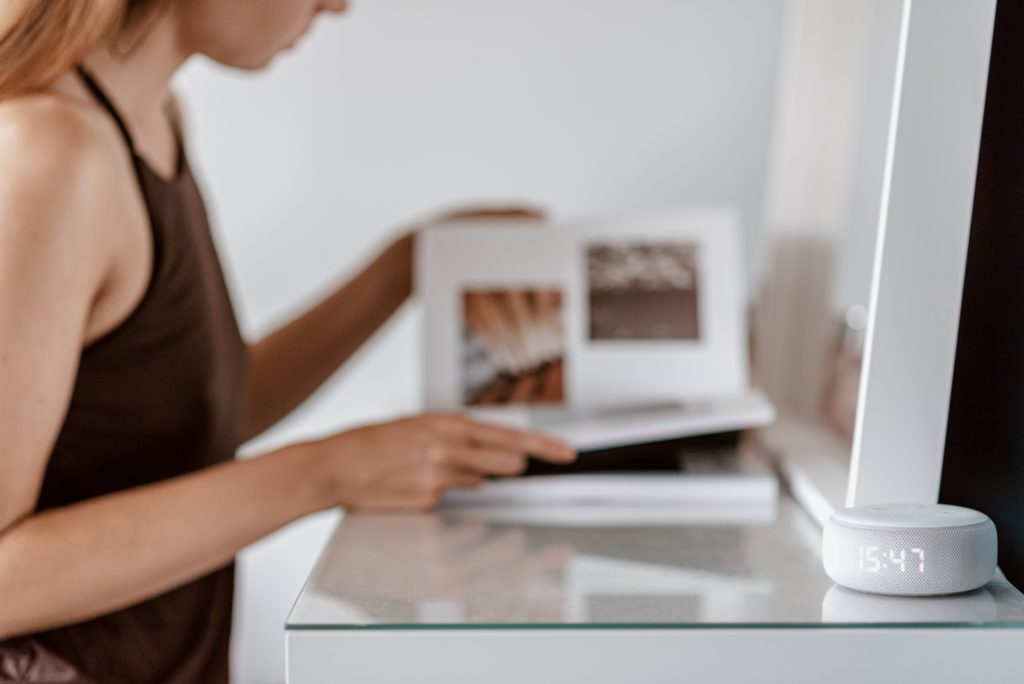 A Lesson In Tenacity: The First $200 Billion Entrepreneur And How Ecommerce Is (Still) Small In 2022

It’s nearly impossible to discuss ecommerce in America without referencing Amazon and Jeff Bezos’ success. Despite growing criticism of some of the companies’ business practices, in the midst of a global pandemic it is indisputable that purchasing goods online is not a fad and Amazon won’t be disappearing anytime soon.

In taking a step back to recognize what this means as a percent of overall retail sales in the US one thing becomes clear: Bezos’ commitment to a business plan he laid out 26 years ago was a bet worth making. His patience and determination is incredible.

For historical context, let’s look at ecommerce growth in the US since 2009: 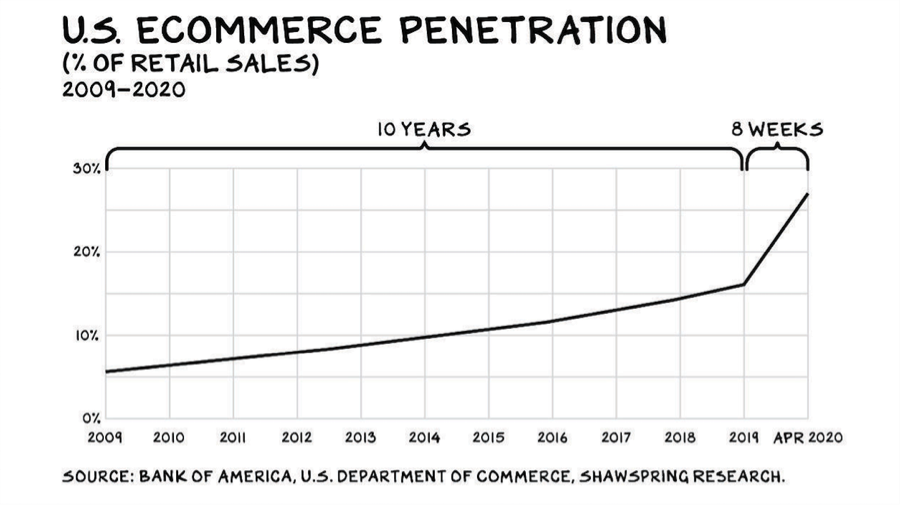 Yes, in 2009 ecommerce barely represented 10% of total retail sales (2009 is also when Bezos was named Time Magazine’s Person Of The Year).

While this is incredible growth, from a mere 0.2% in 1998, this is still surprisingly small in the context of overall US retail sales. In real numbers this equates to ecommerce representing only $5 billion out of the US’ $2.6 trillion in retail sales that same year. Today Amazon alone grosses $5 billion every ~six days, representing roughly half of all ecommerce sales in the country.

Dominating US ecommerce (along with investing in a handful of other industries) has led Bezos to be named the richest man in the world, according to Forbes on June 18, 2018. Yet, according to the above graph ecommerce penetration still remained under 15% of total US retail sales at that time.

If you were to poll a group of business people, much less a random sampling of the population, I’m willing to bet the majority would guess it would take a much larger slice of the pie in order to for one founder to achieve this milestone.

Was this an overnight success? Did Bezos merely get lucky? No, his determination was rooted in industry analysis an appreciation of market growth domination.

To offer a sense of what websites looked like at this time, here are a few examples of homepages in the 1990’s:

The New York Times when it launched in 1996: 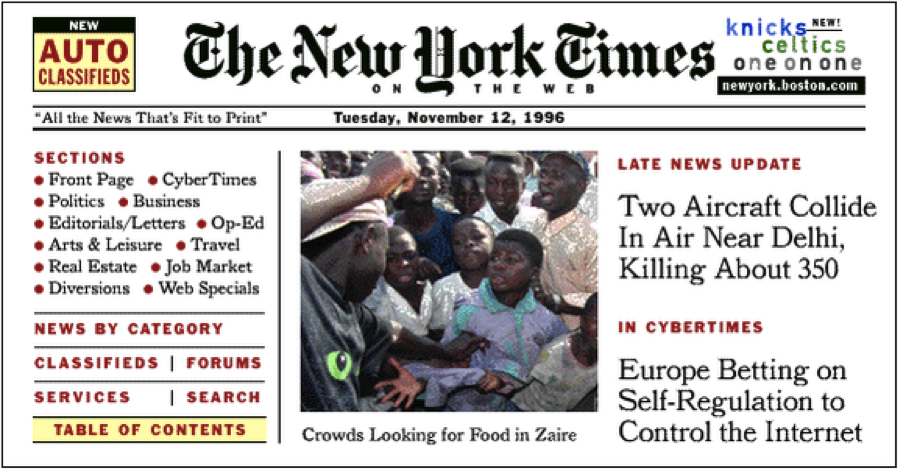 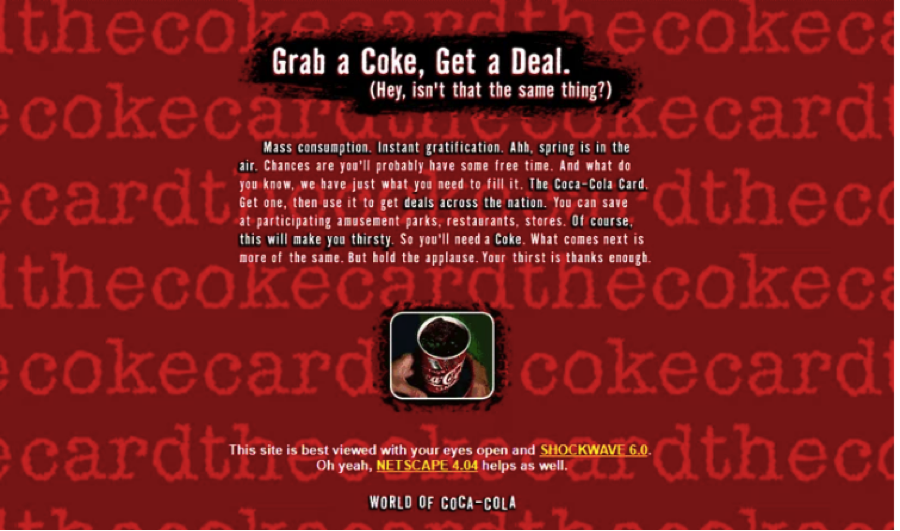 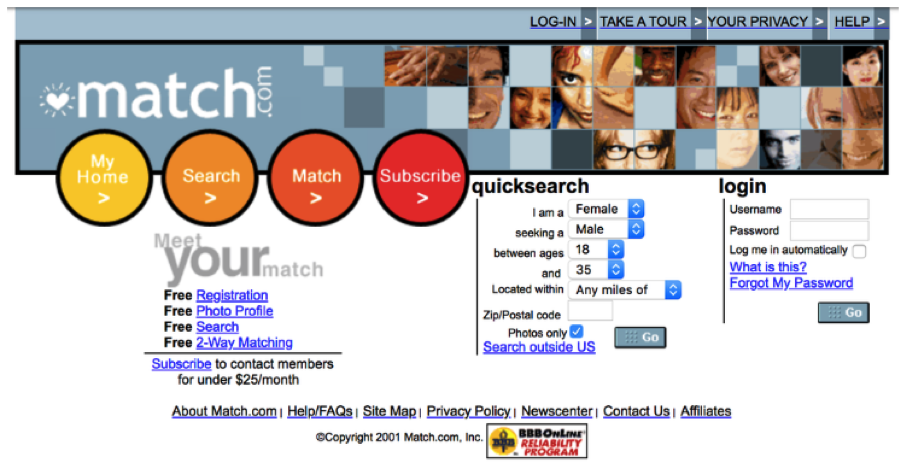 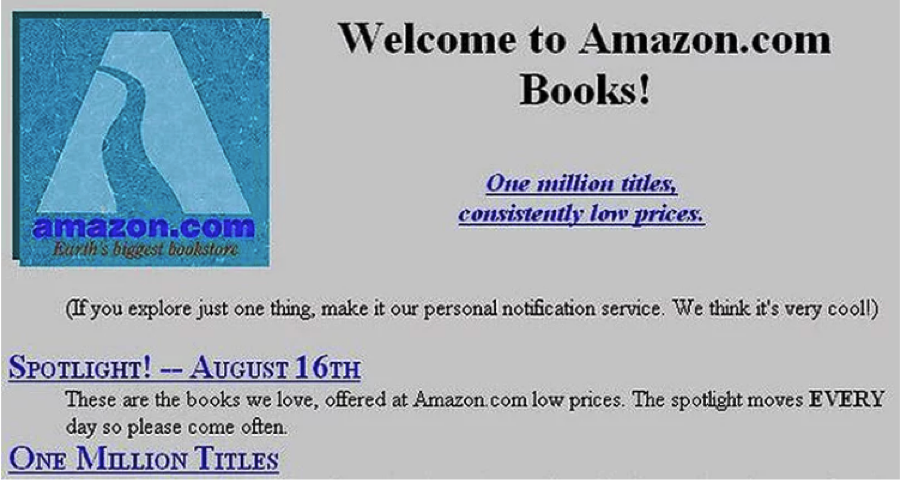 At this time, even multinational companies were indecisive about the Internet’s importance and whether or not it was really needed, much less would be utilized for buying and selling items online. (In case you haven’t heard of Wired Magazine’s Joshua Quittner, this quick read details how he couldn’t identify a single PR official at McDonald’s HQ who cared about owning Mcdonalds.com in 1994; he was even asked the question, “What’s the Internet?”)

In the midst of all this, Bezos was enamored with the Internet’s then 2,300% percent per year growth. The more he researched its potential, the more convinced he became of the decision to quit his career as a high-paid investment manager at D.E. Shaw & Company to create Amazon, named after the world’s largest river.

The decision to begin selling books before other items was calculated due in part to scale. In Bezos’ own words “I picked books because there were more items in the book category than in any other category. And so you could build universal selection. There were 3 million in 1994 when I was pulling this idea together – 3 million different books active in print at any given time. The largest physical bookstores only had about 150,000 different titles. And so I could see how you could make a bookstore online with universal selection. Every book ever printed, even the out-of-print ones was the original vision for the company. So that’s why books. ”

It wasn’t until 1998 that he decided to sell other products, starting with music CDs, followed by toys, electronics and tools.

Although textbooks have, and will be, written on Amazon’s decisions from inception to becoming the megalith it is today, the focus here is on the original analysis and tenacity to build an unprecedented global platform and where it has lead in a time of uncertainty and fear.

All of this progress helped prepare and enable Bezos to benefit from an unforeseen global pandemic that we are still trying to navigate through at the time this was written in 2020.

Earlier in this post, we referenced Bezos’ Forbes magazine recognition in 2018. Since then, his empire has expanded even more, in part due to ecommerce’s growth surge as a result of the coronavirus’ impact on virtually every American citizen.

According to Scott Galloway, Professor of Marketing at NYU Stern School of Business “Online sales grew as much in eight weeks as it had in the decade before the pandemic.” It is clear Bezos’ vision from three decades ago is still coming to fruition.

Today Amazon’s market share in online retail is estimated to have exceeded 49.1%, representing ~5% of all retail sales in the US.

In contrast, Walmart.com follows in second place with an estimated 5.8% of retail ecommerce sales, with eBay at 4.9%, Apple at 3.5% and The Home Depot ranking fifth at 2.1% (source).

This absolute market dominance and position to expand, even amidst a global pandemic, serves as an excellent example of why luck often gets confused with other concepts. To quote Oprah Winfrey, “I believe luck is preparation meeting opportunity. If you hadn’t been prepared when the opportunity came along, you wouldn’t have been lucky.”

I’m not saying I would necessarily want to work for the guy, but in acknowledging his tenacity and brilliant foresight a quote from the late great Bruce Lee comes to mind: 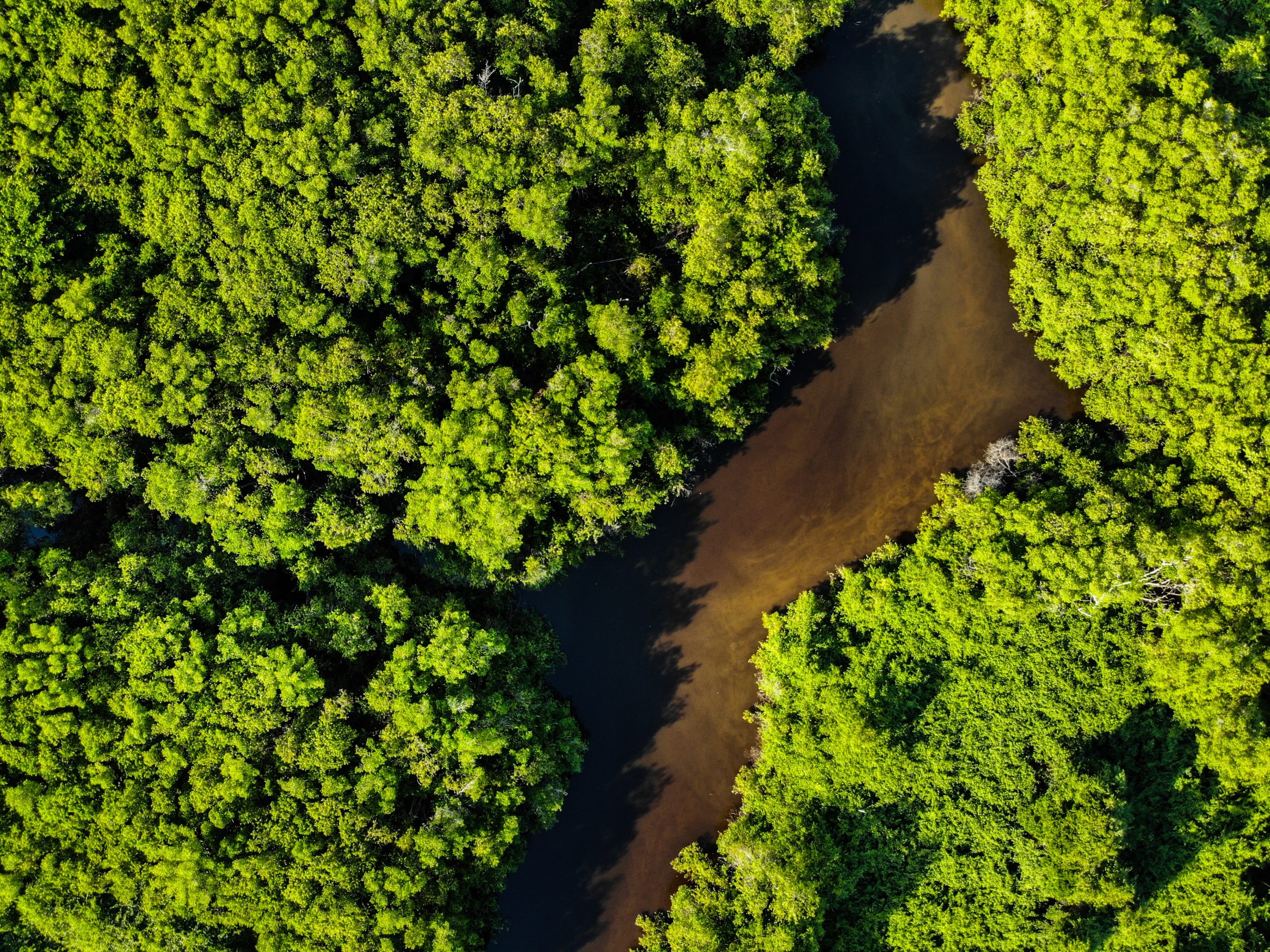