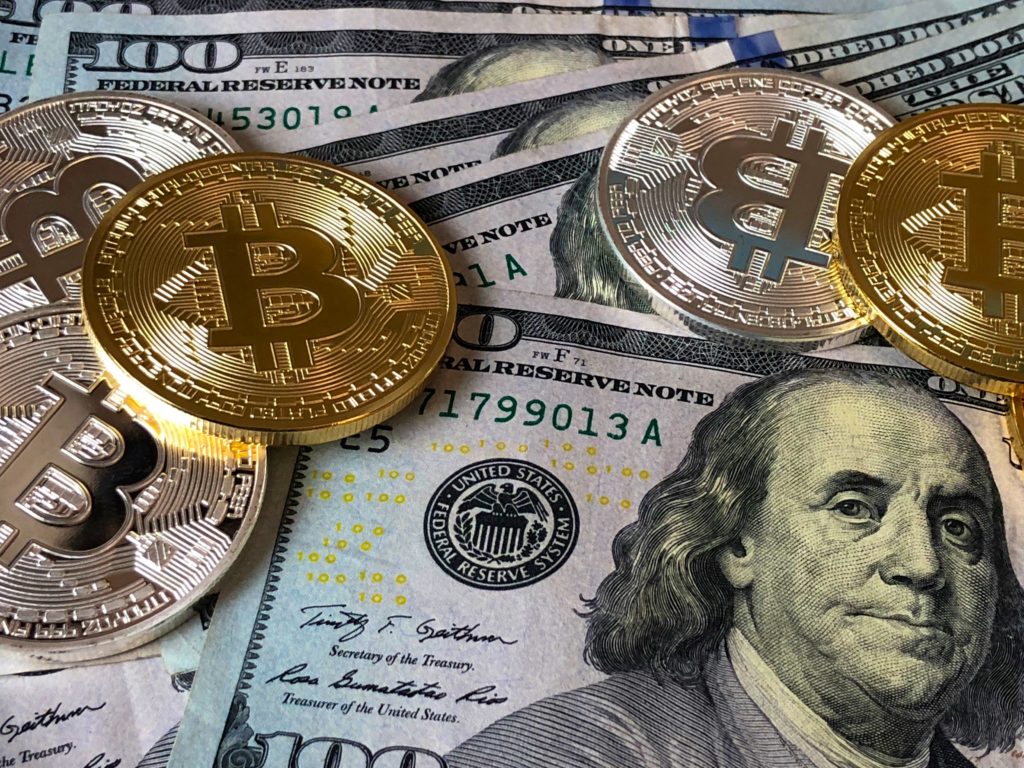 “You are more likely to win the lotto 10 times in your life than actually having one.”

That’s right – the odds of becoming a human are at least 400 trillion to one. This has been popularized in recent years by entrepreneur and sociologist Gary Vaynerchuk and, separately, Mel Robbins – whose claim to fame includes having one of the most watched TED talks of all time (to get a sense of just how passionate Gary is on the topic, check out this short clip).

But, how could this mind-blowing stat be true? And if it is, how could Americans be so obsessed with long shot events such as winning the lottery vs. living the best real-life version they already have?

To explore the first, let’s consider an abbreviated overview of Dr. Ali Binazir’s breakdown as featured in HuffPost:

2) Probably of the same lady getting pregnant with the same guy: one in 2,000

3) Probably of the right sperm meeting the right egg: one in 400 quadrillion

4) Probability of every one of your ancestors reproducing successfully: one in 10

(for a more detailed breakdown, see Binazir’s calculations here – I was skeptical of these figures until I read them in depth)

How does this play out? To answer the question “What’s the probability of your being born?”, you’d need to gather 2.5 million people together to each play a game of dice with trillion-sided dice. “They each roll the dice – and they all come up the exact same number – say, 550,343,279,001. A miracle is an event so unlikely as to be almost impossible. By that definition, I’ve just proven that you are a miracle.”

He includes by stating “Now go forth and feel and act like the miracle that you are.” Technically, he arrives at a number that’s a little larger than 400 trillion, but if anything, that makes this observation even more incredible.

I submit to you if we could get a better grasp of just how powerful and compelling this really is, it could change people’s entire lives, elevating worldviews. Recognizing it’s not always so easy to translate large quantifications into motivational action on an individual level, however, my mind went to other examples of where probabilistic analysis does actually translate into real world application – a prime example being common attempts to win the lottery.

To answer the second question above, around this lotto statistical probability obsession, let’s consider how American’s choose to “vote” with their dollars:

Did you know Americans spend more each year on lottery tickets than on sports tickets, books, video games, the movie box office and music COMBINED?

That’s right – a whopping $70.15 billion dollars were spent on lotto tickets alone in 2017. In contrast to the entertainment categories just referenced, here’s a helpful visualization that compares them: 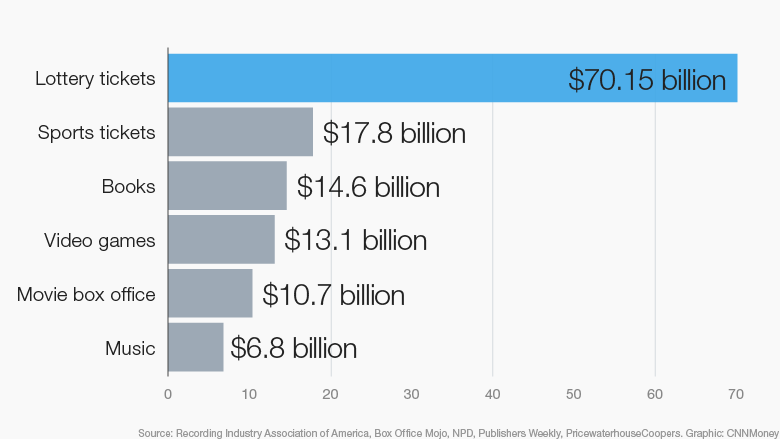 It has been estimated that this translates to over 90 million people spending over $700 annually on lotteries such as Powerball and Mega Millions. This equates to almost 30% of the US population, which is a major deal given it’s the third most populated country in the world.

Thus, I don’t buy the excuse that statistical probabilities or large numbers that can be difficult to grasp is the reason people don’t choose to live their life with this larger 400,000,000,000,000-to-one perspective.

What is the foundational reason? And if there is a gap, what could help bridge this? Furthermore, why do so many people choose to focus on the trivial and inconsequential detail – fears, regrets and divides even in daily life – when, from a mathematical viewpoint, each one of us are walking miracles?

Perhaps one day I will write a book on these questions alone. For the time being, my hope is for this post to benefit even just a few people in reframing how special our lives really are and perhaps offer some techniques to stay connected to this reality in an ongoing manner.

In my life and business dealings, where there’s appreciation, a gratitude mindset and an abundance-oriented perspective, there’s not much space or time for fear. And the more time is invested to focus on these elements, the more opportunities for growth and prosperity unveil themselves.

To make matters even more exciting, despite the drum that continues to get beat in mainstream media, 2021 is actually one of the best times in history to be alive. Although it may not always feel so, we are safer, (voluntarily) work fewer hours and are healthier than any of our ancestors. It’s worth noting:

“We’re living through the most peaceful time ever in human history…your chance of dying a violent death is one five hundredth of what it used to be.” – Dr. Peter Diamandis.

To help illustrate this, consider a series of charts compiled by futurist and technologist Dr. Peter Diamandis. What you’ll find is there has been a significant increase in freedom and happiness, a huge reduction in violence + increase in safety, massively improved longevity, increased green energy, unprecedented reduction in poverty – much of which has been made possible by technology and lower costs to create new businesses or ventures.

All of this matters on a micro level too. People make decisions more irrationally and emotionally when operating from a mindset based in scarcity, including a sense of lack, dwindling resources, safety concern and a generally reduced horizon. To help stay grounded in the antithesis of these fears, consider a gratitude and growth mindset, oriented toward an abundance future. Consider Diamandis’ perspective, “with a mindset…

1) You know that being grateful enhances your mood and makes you feel genuinely happy. Expressing gratitude causes our brain to release dopamine and serotonin, the two crucial neurotransmitters responsible for our emotions. They make us feel “good.”

2) You recognize how incredibly lucky you are on both a personal and professional basis, and you take the time to feel and express thankfulness and appreciation.

3) As a leader, you understand the power of encouraging your team to be grateful. You know that being thankful and appreciative improves the relational well-being for both individuals and the overall group.

4) You invest in relationships. As my dear friend Joe Polish says: “Time is not money. Relationships are money.” You have to develop and nurture your relationships. Every day, you try to be as useful as possible to those around you. And in your leadership role, you focus on what positive results you can create for others.

5) You have created daily routines that allow you to reflect on how lucky and thankful you are. And you share those reflections with others in your life in a way that brings you joy, and uplifts those around you.”

This final tenet points to ongoing practice – there are a range of techniques and tactics that can help you start the day off right. Meditation has been a game changer for quite some time in my life now – at least 355 days per year. I can hardly imagine life without it at this point. At the end of each session, I also think through at least three specific examples of my current state where I am grateful or appreciative of their expansion and abundance.

In addition to the above macro perspective on the odds of being born, against the backdrop of having the opportunity to be alive today in 2021, I recently wrote a post on reframing difficult times into opportunity you may find beneficial for business and in life.

P.S. Although this was not planned, this post is ironically the thirteenth published on the blog. To quote Michael Scott (from The Office) – “I’m not superstitious, but I am a little stious”. With that in mind, make your own luck. Even if you are superstitious, the 13th of each month could be the best days of the year.

“Our life is what our thoughts make it”. – Marcus Aurelius